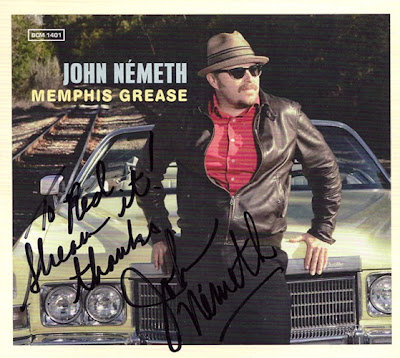 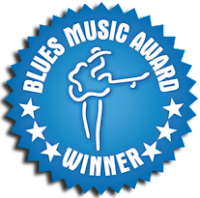 Soul Blues, that's what they call it. Although I'm not quite sure how they make the distinction, it's a category at The Blues Foundation's annual Blues Music Awards, and one that the myopic and increasingly irrelevant Grammys should look into. In 2011, when the only place the Grammys could figure out to put Solomon Burke's phenomenal Willie Mitchell-produced last album was in it's 'Contemporary Blues' designation, it lost out (understandably so) to Buddy Guy's Living Proof which, lo and behold, actually was a Contemporary Blues album. Back in Memphis, Buddy Guy's great record won as well, but there was still room for Nothing's Impossible to win as the Soul Blues Album of the Year, and for Solomon to be named (albeit posthumously) as the Soul Blues Male Artist of the Year. 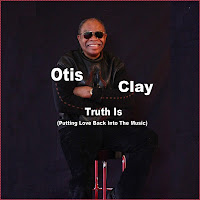 This year's round of nominees for best Soul Blues Album included Otis Clay's truly wonderful Truth Is (Putting Love Back In The Music) and the cool Dave Keller CD we talked about last time out, Soul Changes, neither of which garnered any Grammy recognition at all (despite our man Darryl Carter's involvement in both of them). Although it was Bobby Rush who took home the award for his inspired Down In Louisiana, the fact that there is this 'grey area' between Soul and The Blues where records like these can find a home does my heart good, and has greatly increased my appreciation of the work that The Blues Foundation is doing.

So, who won Soul Blues Male Artist of the Year at the 2014 awards?

John Németh. "Who?" you might ask... I know I did when I first heard the name. Well, as it turns out, Németh is well known in 'Blues Circles' not only for his big fat harmonica, but for his albums with folks like Junior Watson and Elvin Bishop. To us guys over here on the 'Soul' side, not so much. When I heard that Németh was recording at Electraphonic with our friends The Bo-Keys, it didn't ring any bells, to say the least.

I think you already know how I feel about the work Scott Bomar is doing, work which I've referred to in the past as "...the place where Memphis Soul lives." 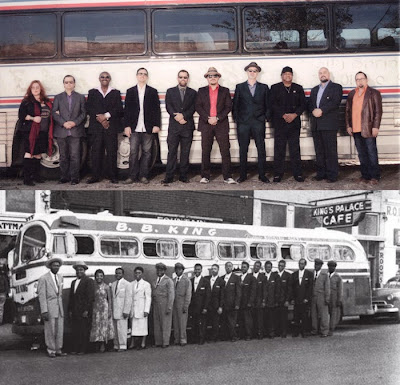 Németh (judging from the fact that he patterned his back cover photo after the famed Ernest C. Withers shot of the B.B. King bus) is apparently a student of the music, and 'gets' that too. Not only did he choose to cut this latest CD there in The Bluff City, he moved his wife and family there as well. Just like in the days he spent with his Elbows on the Wheel, Németh's in it for the long-haul. 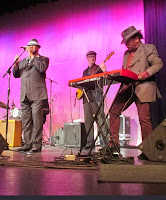 Memphis Grease has been holding its own near the top of the Blues Charts since its release in March, and Németh and The Bo-Keys have been out touring in support of the record. Who was this guy that now had the best of Memphis behind him? Who is it that could possibly have Percy Wiggins singing background vocals for him? I didn't know what to expect when I attended a sold-out show here on Long Island last month, packed with the usual 'Blues' crowd. 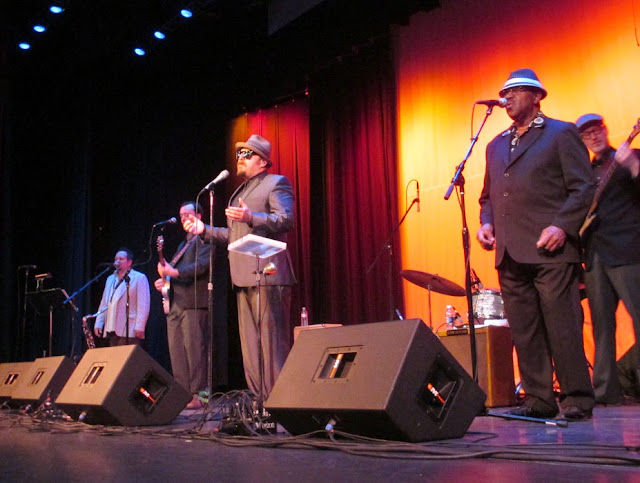 Well, I'll tell you what folks, this guy can sing! Between those impressive pipes, his top-shelf songwriting skills, and the best possible backing band on earth, there, right in front of me, was the real deal. I think you can hear that in this obvious O.V. Wright tribute we're featuring here today. With the whole front-line (even Kirk Smothers!) joining in on the vocal harmonies, and Joe Restivo's shimmering Telecaster, this is the Sound of Memphis, baby!

After the show, as the Blues boys lined up to buy CDs and T-Shirts and stuff, you could tell that Németh and the Bo-Keys had gotten their message across: Long Live The Soul Blues!

Don't miss your chance to see Németh, Percy Wiggins and the gang from South Main this Summer: